NINGBO, China, Jan. 30, 2019 -- Risen Energy Co., Ltd. announced recently that its 40MW photovoltaic power station project in Kazakhstan has been formally connected to the grid. As the first privately-owned enterprise investing in the construction of photovoltaic power stations in Kazakhstan, the implementation of the project is of milestone significance for the solar panel maker's global roadmap. 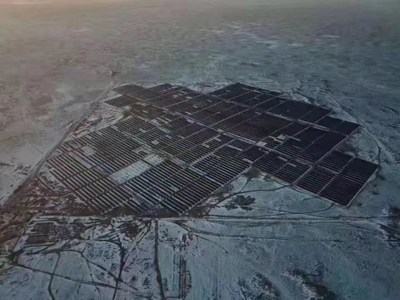 The facility, located in Gulshat, Aktogay District, Karaganda Region of Kazakhstan, has selected 325W Poly 1500VDC polycrystalline modules for their ability to ensure the long-term and stable operation of the station to the maximum extent possible. With the successful grid connection, the power station is expected to generate 50 million kilowatt-hours of electricity per year, providing continuous clean power to local households.

In order to successfully achieve the construction of the power station in Kazakhstan, Risen Energy had to overcome a series of obstacles including the language barrier, cold weather, difficulty in assuring the needed supply of materials, power grid design, among other factors that hobbled the progress of the project. Thanks to the rich project experience accumulated by the overseas project development team over the years, the company prevailed by insisting on orderly construction despite the severe cold, ensuring the smooth completion of each aspect of the project.

Risen Hong Kong general manager Champion Yuan said, "The project held its groundbreaking ceremony in June 2018 and connected to the grid in December, fully reflecting the strength and efficiency of Risen Energy's workforce. As a result of designing and building the 40MW power plant, we have a comprehensive understanding of the market and regulatory environment in Kazakhstan. The replicable construction experience is expected to help overseas teams to better participate in the development of follow-up projects. We also hope to use this as an opportunity to help more Chinese brands effortlessly enter the Kazakhstan market, share in a piece of the pie, and contribute China's prowess across the sector to the cause of global green development."

Risen Energy, based on its globalization strategy, has already staked out other projects in Kazakhstan and will move on to the construction phase at a later stage. In the future, the emerging markets that are targeted by the One Belt, One Road initiative, the Chinese government's program to build trade routes along the ancient Silk Road, can expect to benefit from a continued effort to construct efficient and high-performing photovoltaic power stations, further stimulating the potential to develop and utilize clean energy.