HABANOS, S.A. Keeps On With Its Business Growth, Reaching a Record Turnover of 537 Million Dollars
Habanos, S.A. maintains its global leadership in the Premium cigars market

HAVANA, Feb. 18, 2019 -- Habanos, S.A., which exclusively markets the 27 brands of Habanos, made Totalmente a Mano con Tripa Larga - Totally handmade with Long Filler, has announced during the 21st edition of the Habanos Festival presentation its economic results for 2018: the company registered a turnover of 537 million dollars, with a growth of 7% compared to 2017.

"2018 has been, once again, a successful year for the Habano," confirmed Inocente Núñez and Luis Sánchez-Harguindey Pardo de Vera, Co-Presidents of Habanos, S.A., "because sales have continued growing in different markets, both in terms of volume and value, while at the same time we have maintained our market share estimated at around 70% in volume in the markets where we sell our brands."

Last year, around 450 million Premium cigars have been sold worldwide.

The 5 most important markets for Habanos, S.A. in terms of sales volume have been Spain, China, France, Germany and Cuba. By regions, Europe remains the primary market, with 53% of sales by volume, followed by America (18%), Asia Pacific (15%) and Africa and the Middle East (14%).

Leopoldo Cintra González, Commercial Vice President, and José María López Inchaurbe, Vice President of Business Development of Habanos, S.A., consider that "the great quality and exclusivity of the product, together with its unique origin, have transformed the Habano into a Premium product which is finding success all over the world."

The Festival (18th to 22nd of February), pays special tribute to the 500th Anniversary of Havana. Special protagonism will be given to Trinidad brand for its 50th Anniversary, and San Cristóbal de La Habana for its 20th anniversary. Hoyo de Monterrey will present its first Gran Reserva Cosecha 2013 in its Double Coronas vitola.

The Limited Editions for 2019 will be: Montecristo Supremos, Allones No.2 de Ramón Allones and Quai D'Orsay Senadores; together with the products for the La Casa del Habano network and Habanos Especialists: Cohiba Novedosos and San Cristóbal de La Habana 20 Aniversario. The special Humidor dedicated to the 50th Anniversary of the Trinidad brand and the Humidor San Cristóbal de La Habana 1519, dedicated to the 500th Anniversary of Havana will also be presented. 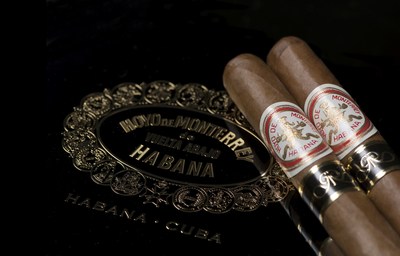