BEIJING, March 18, 2019 -- Dr. Gong Yu, Founder and CEO of iQIYI, Inc. (NASDAQ: IQ) ("iQIYI" or the "Company"), delivered a keynote speech on the importance of innovation in the entertainment industry at the Hong Kong International Film & TV Market ("FILMART"), Asia's premier film industry event. At the event, the company today unveiled a series of its new 2019 original content. 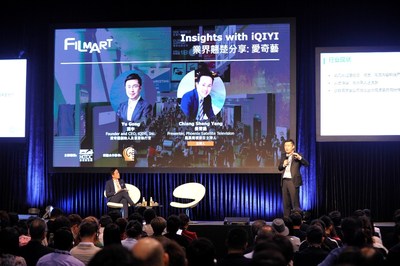 Dr. Gong attributed the success of iQIYI's original content to the company's deep understanding of consumers' needs and effective business model. He noted that this is delivered by utilising and investing in iQIYI's cutting-edge AI technology and innovative talents, both essential to improving user experience and the company's monetization capabilities.

Dr. Gong pointed out that for the past three centuries, innovation has been key to advancing human and technology development, highlighting that similarly, innovation is crucial to ensuring the healthy growth of China's entertainment industry. He noted at iQIYI, this innovation is embedded in all aspects of its business, whether its in the company's talents, operation, technology, user experience, or original content. The company is committed to driving this innovation-led trend by becoming a technology-based entertainment giant. 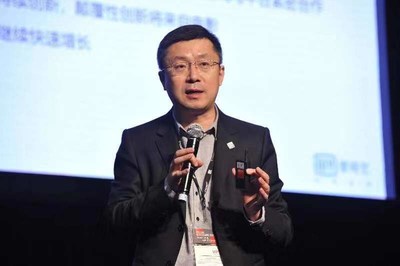 iQIYI today launched its new content line-up at FILMART, which includes original dramas The Golden Eyes, Legend of White Snake, Sword Dynasty, The Thunder, as well as new movies, animations and variety shows such as The Rap of China 2, marking the company's ongoing goal to provide more original content to the Greater China and international markets. Since 2017, iQIYI has proactively pursued overseas distribution opportunities for its original content, and as a result has secured a strong audience base in Southeast Asia and the Americas. The company managed to break into the global market and has already distributed over 1,000 episodes of original content on mainstream overseas television and streaming platforms, including blockbuster drama Story of Yanxi Palace. This success has established iQIYI as a major contributor to the advancement of the Chinese entertainment industry by bringing up film and television production in China to international standards and successfully communicating the charm of Chinese culture to overseas audiences.