, Spain, Dec. 19, 2019 /PRNewswire/ -- Spanish School of Interactive Digital Media ESAT has placed in the last two years more than 20 students in some of the main videogame companies in Europe and Japan, after consolidating itself as the leading European Training Center for Digital Creators.

The students of ESAT University School, located in Valencia (Spain) and created in 2005 by experts in 3D Art, Cybersecurity and Graphical Computing under the command of its CEO Jaime Torres, have positioned themselves as a specialized manpower provider for companies such as Ubisoft, Rockstar or Nintendo and video games recognized in popular culture as Grand Theft Auto, Farcry or Call of Duty. 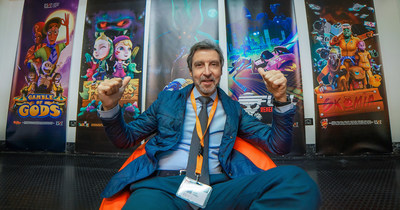 ESAT, with professional insertion rate in the first year exceeding 95%, has positioned the center as the first bet for students in all continents who want to find a place in the sector.

Among more than 600 alumni, some of those names are Bernardo Valdivieso, who works in a large first-party studio in Tokyo for the Final Fantasy Saga (Square Enix), Manuel Tordera out from Canada who participated in films such as Marvel's Saga Deadpool, or Fran Ruiz who served as Senior Games Developer at King and currently eyed by Scopely based in Los Angeles, Victor Avila, programmer at Rockstar (Edinburgh) or José Manuel Naranjo, who went directly from ESAT to Teesside University and from there to the British team of Ubisoft Reflections, in the English city of Newcastle.

"For ten years, we have endeavored to build the best training school for video game creators and digital art in Europe, without skimping on media or resources," explains Jaime Torres, general manager and co-founder.

Some of the projects of the institution's students have also won awards in the audiovisual world such as the Gold Award at the Los Angeles Film Review in 2016 or the GDWC-Game Development World Championship 3rd prize in 2018.

In addition to its projects in the educational field, the institution is leading its own successful digital startup incubator ESATLab,  leads projects in emerging technologies such as Robotics, Visual data, AI, Augmented Reality and Virtual Reality with applications in different sectors such as art, industry or medicine.